10 Exotic Fruits In Medellín You Have To Try!

Coming to Colombia is a matter of indulging. The exuberant natural richness of this country can be experienced in any centimeter of the national territory, which produces some of the most exquisite flavors around the world, in the form of fruit.

One of the advantages of visiting Medellín is that visitors can taste fruit from all the corners of the country, which are available at pretty much every supermarket in the city. Fruit can be obtained at any chain supermarket, or at traditional markets where farmers gather to sell their fresh yields. The latter option is preferable because of freshness and price.

Exotic Fruits In Medellin To Try 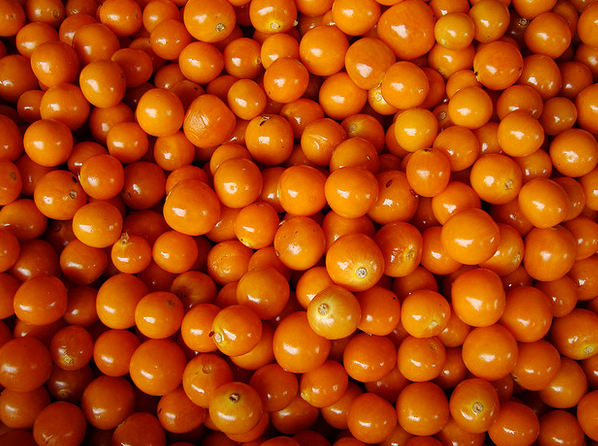 It’s a semi-acid, round, yellow, sweet, and small berry-like fruit. Its concentrated flavor might make you a bit teary-eyed, but you’ll definitely want a second helping. 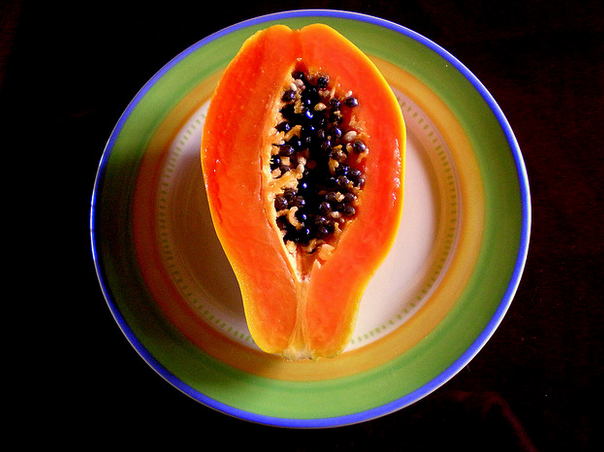 Because of its fairly big size, this fruit is better eaten than drank in a juice. Aside from its rich flavor, the forte of this fruit is its nutritional value. It’s considered a great source of vitamins C, A, E, carotenes and antioxidants such as selenium; which contributes to strengthening the immune system and avoid illnesses. 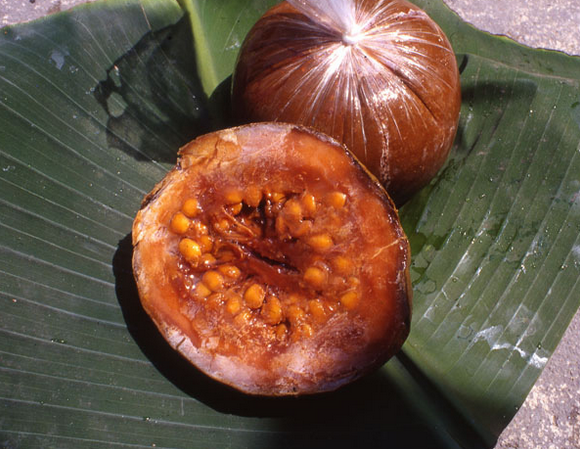 This fruit is a natural energizer that has had a lot of worldwide demand as of late. To the people of Colombia, borojó is commonly known as a powerful aphrodisiac. It has a pleasant taste that is best experienced in a juice. 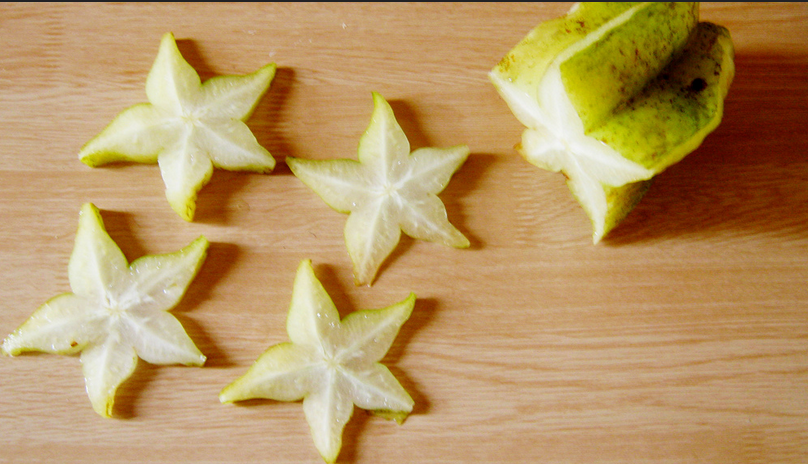 Carambolo is known worldwide as “starfruit” because of its unique shape. It has a similar flavor to grapes, only a bit more citric and with a hint of apple. Take it from us: this is one of the most delicious Colombian fruits out there. 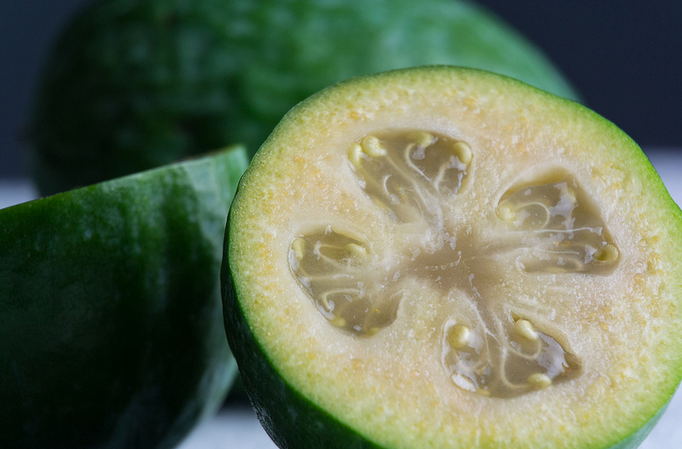 Some consider that feijoa, being fairly acid, tastes better in juice form because it can be sweetened a little. It’s very nutritious and a bit earthy in taste. It can be eaten raw, peel and all. Feijoas are small but addictive, so if you’re thinking of trying them, get three at the store. Trust us on this one. 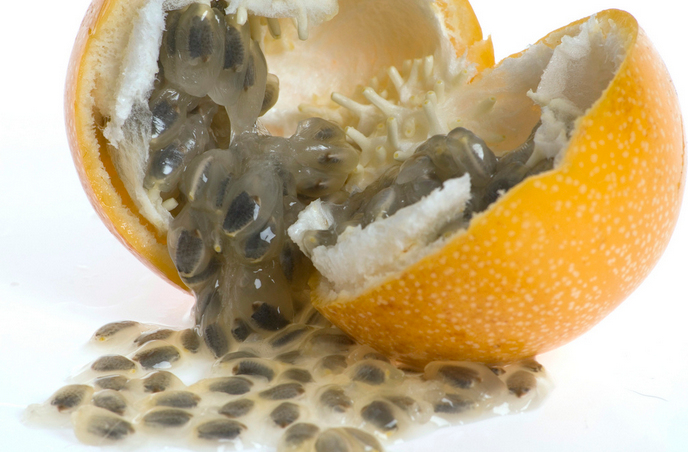 Trying a granadilla is an experience on its own. It´s texture, for the uninitiated, can appear extremely alien, as it holds within its hard shell a series of edible seeds covered with a grey goo that tastes sweet and just slightly acid. You have to be willing to get a little dirty when trying granadilla, but it’s worth it. 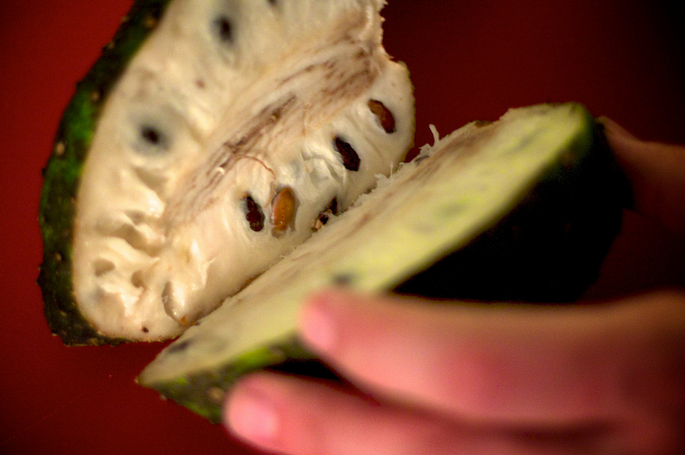 This funny looking fruit holds a true treasure within its green, dinosaur egg-like shell. It has a stringy, gooey, very juicy white flesh, also which can also be pretty strange for those unfamiliar with tropical fruits. But don’t let looks fool you: for its flavor, think lime-meets-strawberry-meets-banana, all at once- a whole adventure in and of itself. Folks in Colombia widely believe Guanábanas to have anti-cancer properties too, so wise up and stock up! 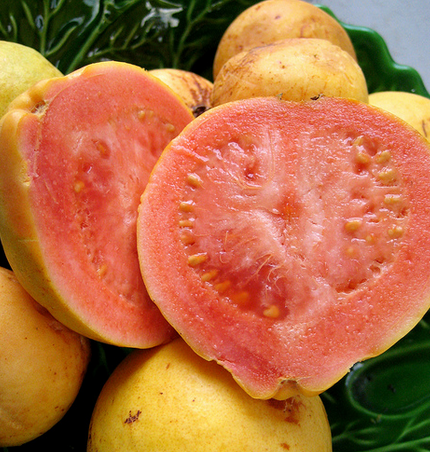 In Colombia, guayabas are consumed in many different ways: from doughnut filling to a sweet, smooth and delicious frosted jam called bocadillo. It is one of the most available fruits on this list, as it a staple food in Colombian households. 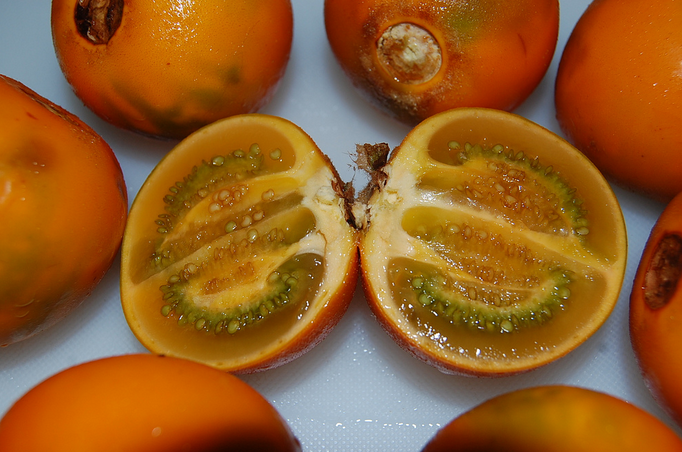 Lulo is another all-time Colombian favorite, especially in its juice presentation. It grows mainly in the Andean region, and it is highly citric. The fruit itself goes from green to slightly purple, with a fuzzy covering on the outer shell. Very refreshing and nutritional. 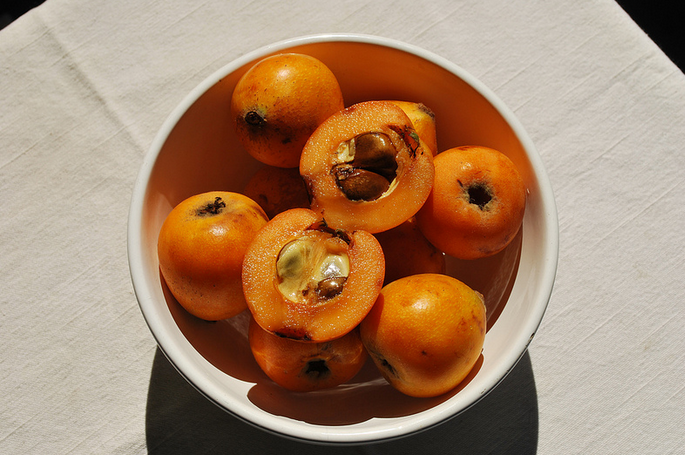 Níspero looks a little bit like a paler version of a kiwi, but on its inside it looks more like a papaya. Colombians consume it both in its juice form and raw. It’s not too prevalent in colder areas of the country like Bogotá, Santander or Boyacá; but you should have no trouble finding them in Medellín, which is slightly warmer. It has a very appealing soft and creamy texture with a veru rich flavor.

So there you have it, 10 exotic fruits in Medellin you have to try. One of the advantages of living in Medellín is that the city is a small mosaic of all the myriad influences and cultures that permeate Colombia in all its aspects, whether it be cuisine, lifestyles, experiences and things to do and see. The enormous diversity of fruit is just a small example of the variety of everything that makes Colombia, and Medellín by association, a fantastic place to visit.

10 Exotic Fruits In Medellín You Have To Try! was last modified: November 11th, 2018 by gotomedellin